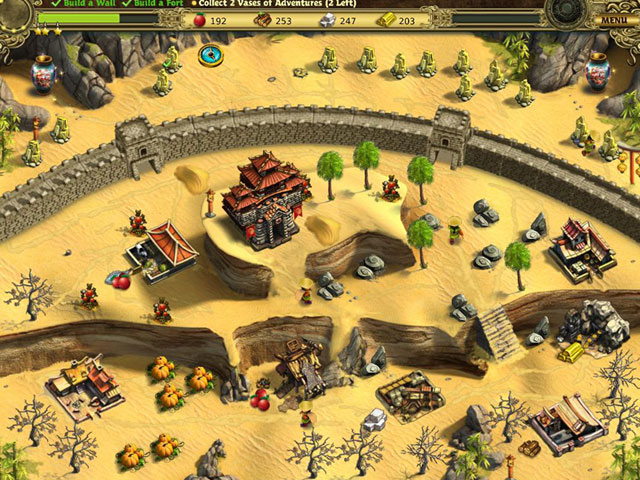 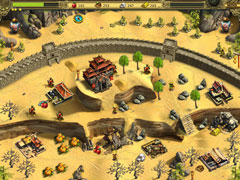 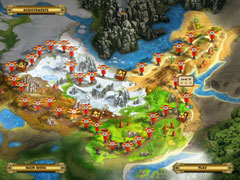 The Chinese Empire is in grave danger as the Nomads from the North threaten the wealth and prosperity of its lands. Kong Baotu, a smart and resourceful man, accepts the challenge to achieve the impossible. He commits himself to building the Great Wall, spanning many thousands of miles that will protect China from the warlike barbarians. In return, he asks for permission to marry the Emperor's beautiful daughter, Fan Tanrui. Join Kong in his epic adventure, help him save the Empire and marry Fan. Your journey will take you to the farthest reaches of China, through the emerald-green hills and treacherous rocky cliffs. In more than 40 levels, you will conquer the snowy mountain-peaks and cross the withering deserts. You will build boats and elevators to reach even the remotest corners of the Empire. You will gather food and lumber, mine stone and iron, survive hurricanes and thunderstorms, all for the noble goal of completing the greatest building in the history of mankind – The Great Wall of China. Many perils will stand in your way. You will fight against the forces of nature and battle the powerful beasts of legends – the fire-breathing dragons. Will the Great Chinese Empire survive? Will Kong and Fan ever be together? It is up to you! Take control of your destiny and complete the world's greatest building project, the Great Wall of China, in this exciting time management game.